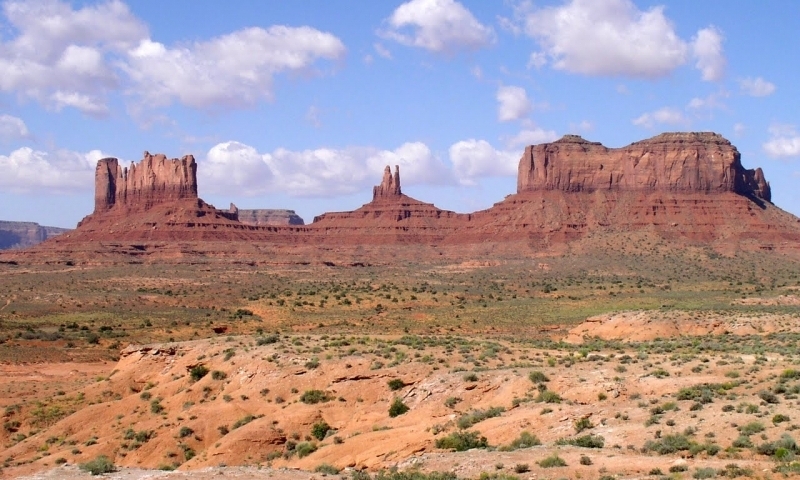 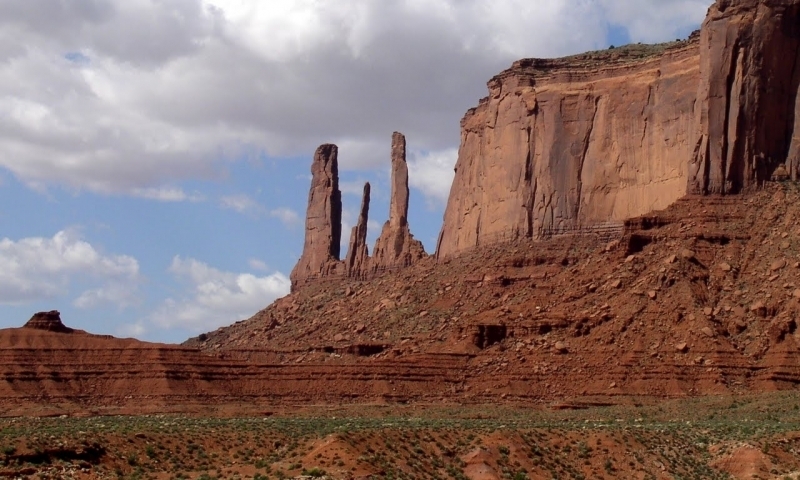 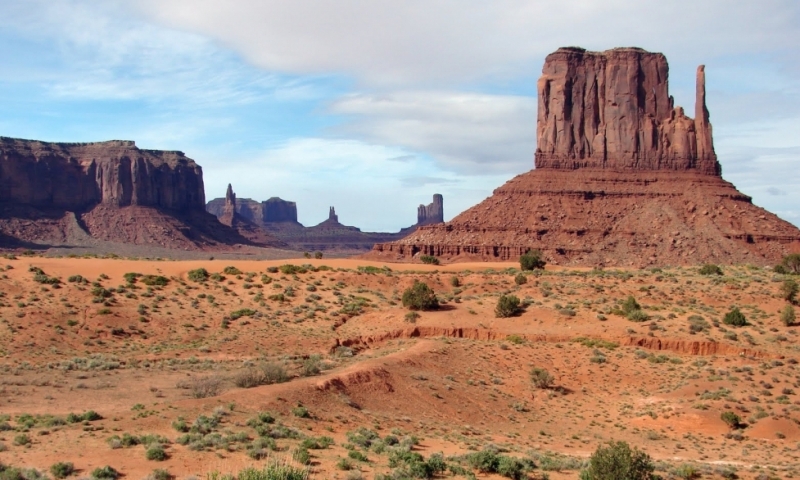 Assembled from remnants of the Colorado Plateau, the rock formations of Monument Valley are over 25 million years in the making. Breathtaking sandstone mesas, buttes, and spires have been sculpted by natural forces from 200 million old rocks to create the most spectacular scenery in the West.

Monument Valley is part of the Colorado Plateau. A plateau is a vast, elevated expanse with steep cliffs on at least one side. The plateaus, as well as the smaller geological formations, are striped with minerals that create gorgeous color and contrast. Red stone is colored by iron oxide, while blue-grey rocks receive their color from manganese oxide.

How Mesas are Formed

The most mammoth of the geological attractions in Monument Valley are the striated mesas. Spanish for "table," mesas are distinct, flat-topped remnants of plateaus that rise high above the valley floor. Mesas get their shape from erosive forces like water and wind that sweep away the softer rock layers. Because the cap rock is more resistant to erosion, it remains intact. Eagle Mesa is an often photographed example of a Monument Valley mesa.

A butte is a further eroded mesa. When a mesa is no longer more wide than it is tall, it's considered a butte. Famous buttes in Monument Valley include the East and West Mittens and Merrick's Butte. Spires, towers, or pinnacles are the thinnest standing remainders of a plateau. An example in Monument Valley would be the famous Totem Pole, which has appeared in numerous Hollywood movies.