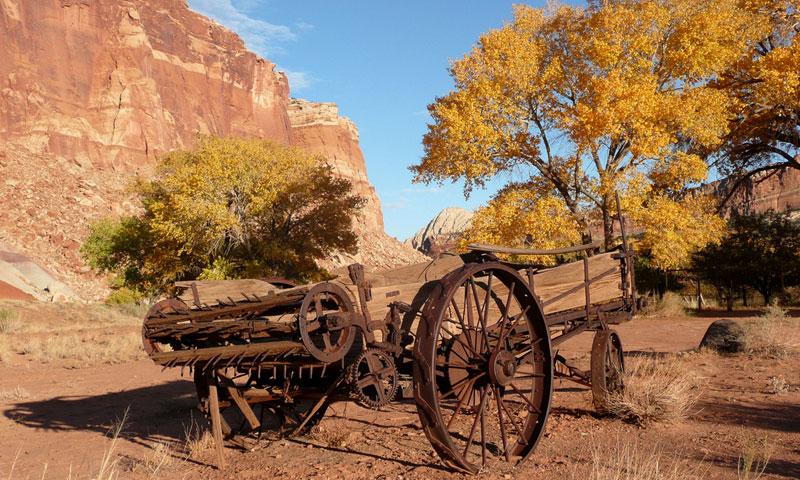 A history of human habitation that dates back 10,000 years, a geological one that goes back a few million years, and a national history that dates to 2nd August 1937 when it was declared a national monument, grants Capitol Reef National Park a history that is as vivid as its rocky peaks.

Seventy million years ago, probably some time in the early pre-dawn hours when the dinosaurs were still asleep, the earth moved in what later culminated in the creation of a monocline, where the western side was about 7000 feet higher than the eastern side. The underlying geological fault relentlessly worked on this movement for millennia to finally present the 75 mile Waterpocket Fold in the Utah desert.

Like most finicky artists who won't stop tweaking their creation, it continued its activity as recently as the last 15 million years, and is now satisfied to let wind and water erosion take care of the final touches. A fragment of this spectacular formation by the banks of the Fremont River is the Capitol Reef National Park. So much for natural history.

In prehistoric times, the rule of thumb was where there's water, habitation is possible. The Fremont River, the Sulphur Creek and the Water pockets ensured a reliable source of the life-giving beverage amid the stark rocky desert region. This was plenty for the Native American such as the Fremont tribes who roamed here till about 1500 B.C., and then left for no apparent reason. The Utes and the Paiute tribes were also known to have lived here and various rock figures, underground pit dwellings, and other artifacts proclaim their presence. Then came the Mormons and the early settlers in the 1800s; a national monument status in 1937; UT Highway 24 in 1962; and the rest as they say, is history. 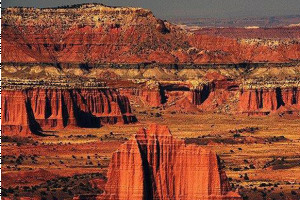